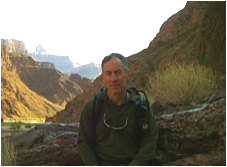 In the previous entry we began laying the groundwork for improving paddling fitness by ranking the changes in breathing due increased effort.  These changes were listed on a 1 to 10 scale to produce the Rated Perceived Exertion (RPE) Table.  We then assigned Training Zones (TZ) to the RPE scale in the second table as an abbreviated way of describing our efforts in order to train consistently. A benefit of using the RPE-TZ Table is that there’s no instrumentation – you are the “on-board computer”.

That’s not to say a Heart Rate Monitor  (HRM) isn’t useful, but it only generates numbers if you don’t know what’s driving them. Beats per minute (BPM) become useful when they’re coupled with the physiologic responses to increased effort like those described in the RPE Table.  This correlation lets us  devise fairly accurate TZs based on BPM at levels of exertion up to RPE 8.  Beyond that level of effort it’s not possible to determine an accurate lactate threshold and maximum heart rate outside of controlled testing conditions. Each person’s heart rate and response to exertion will be unique due to age, conditioning, state of rest, and innate physiology. That kind of precision is a lot more in-depth than we need.  For now, the RPE-TZ table and a sports watch are all that are needed.

Before getting started with any performance training,  meet with your physician for an objective evaluation of your overall health to ensure there aren’t any underlying conditions you need to know about, especially as we get older.  Read http://www.surfski.info/getting-started/tips-training/item/1025-atrial-fibrillation-and-the-athlete.html.  Furthermore, you need to establish a baseline to measure improvements over time.  You can expect positive changes in your health with consistent training.

Time to get started.  Let’s assume that you fall into one of two groups, the first being relatively untrained and paddle infrequently or at a low intensity.  If this is the case and your goal is to improve your aerobic endurance then you’ve got to spend more time paddling outside of your comfort zone.

According to the RPE –TZ table, that’s going to require paddling at RPE 3-4 / TZ 2, where your effort is hard enough to make conversation difficult or in mostly short, broken sentences.  These are the long, steady sessions lasting one to four hours with few if any rest stops.  Start with 30 minutes to one hour at this level of paddling at least two times a week; more often will bring faster improvements. Keep extending your paddling at the same intensity until you literally feel that you can paddle all day.  Be patient, it could take several weeks before it gets easier and the full benefits may not be apparent for a month or longer. Can’t get out on the water as often as you’d like? You can get much the same benefit from cycling, running or swimming at the same RPE.  Personally, I encourage running or jogging on trails because in addition to an aerobic workout (yes, it’s OK to walk the hills), the uneven terrain improves your sense of balance and awareness while in motion.

If you fall into the second group where the goal is to improve speed and long-distance endurance then the intensity has to increase. A lot. Training must continue to build aerobic conditioning as well as adapt paddle specific muscles to long periods of endurance.

There are two thoughts on how to achieve this goal, the first being to paddle at RPE 5 or TZ 3 for long steady efforts lasting one or more hours. At this level of effort your breathing is heavy but limited conversation is still possible.  Rest periods, if any, are kept very short. For many paddlers this level of conditioning is good enough but it can come up short if you are challenged by weather, currents or a heavily loaded kayak.

The second approach is where the effort is harder but the rewards are greater. You can expect substantial changes in endurance and power. Extended intervals at RPE 6-7/TZ4 will push your muscles to a point where they are just below the point of having sufficient oxygen to perform efficiently. This is the sub-lactate threshold, and training at this level may take 6-12 weeks before you see the benefits, assuming you have good aerobic fitness to start with.

Here’s an interval workout that takes a little over an hour. Warm up thoroughly for 15-30 minutes emphasizing good forward stroke form, leaving the socializing and skills practice for later. The first interval is 12 minutes at RPE 6-7 /TZ4. Your breathing will quickly become very deep and hard - talking will not be something you want to do, but you still can. This is not a sprint or all out effort. Your goal is to be able to complete the entire 12 minutes in the training zone.  Recovery! Three minutes of easy paddling. Now go again at the same high intensity for 10 minutes and recover for 2.5 minutes. Repeat for 8 minutes and recover for 2 minutes.  See a pattern? Now go for 6 minutes and recover for 1.5 minutes.  Last one, go for 4 minutes and cool down. You’re done for this session.  Interval workouts like this can be done two to three times a week as long as you allow 1-2 days of recovery time between sessions.

If at anytime you feel faint, or your breathing doesn’t seem to slow down when you let up, then stop.  You’re not ready for this level of workout.  Drop back to the RPE 5/TZ 3 workouts for several weeks before trying the higher intensity workout again.

“I don’t know. All of this sounds too much like race training”.  Well, you’re right. It is race training. However, your body doesn’t know the difference between competing in a race and paddling in challenging conditions. Skip even the least amount of conditioning and eventually fatigue leads to being left behind or you risk developing an injury. Those are reasons enough to incorporate some “race training” into your paddling.

Thanks for reading my blog entry for the Carolina Kayak Club.  I’ve been engaged in a number of outdoor activities for most all of my life as a participant and instructor. When not competing in trail running, bicycle and kayak races, I’m a USA Canoe and Kayak Team Paracanoe Coach and work with the Bridge-II-Sports Foundation for Adaptive Sports as the Parakayak Racing Club coach.

Email ThisBlogThis!Share to TwitterShare to FacebookShare to Pinterest
Labels: Training and Fitness

I hope these tips help you with forward momentum and cutting those brake lines! It's also always a good idea to pair up with an instructor or skilled paddler and ask them to observe your skill set to give you feedback. They may be able to see how you can perform the skills even better.
Happy paddling!
Kay-Yoga Jo
Posted by JoAndra at 11:12 AM 1 comment: